The Alliance for New Music Theater created a production of Kafka's Metamorphosis with the intention of traveling light. Animated clips were created to depict the majority of props and even certain characters. The drawing style was adapted from Kafka’s own sketches.
As animation designer, I worked with the set designer, actors, and director to align the movement of the props and the interaction of the animated characters with the natural movements of the live action stage performances. 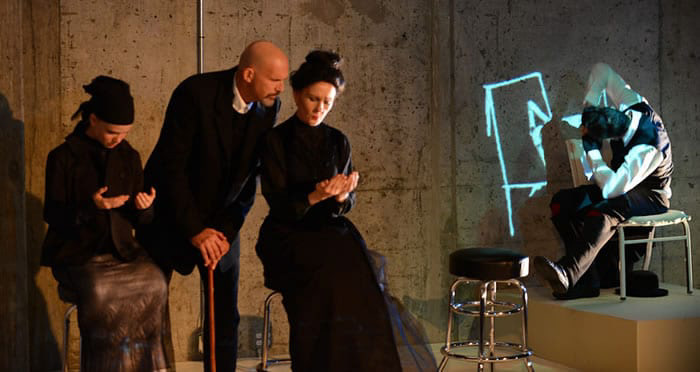 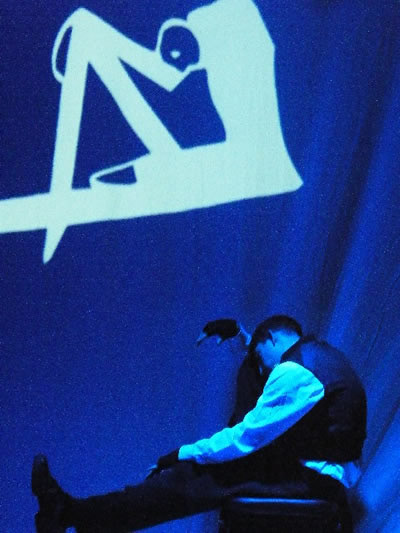